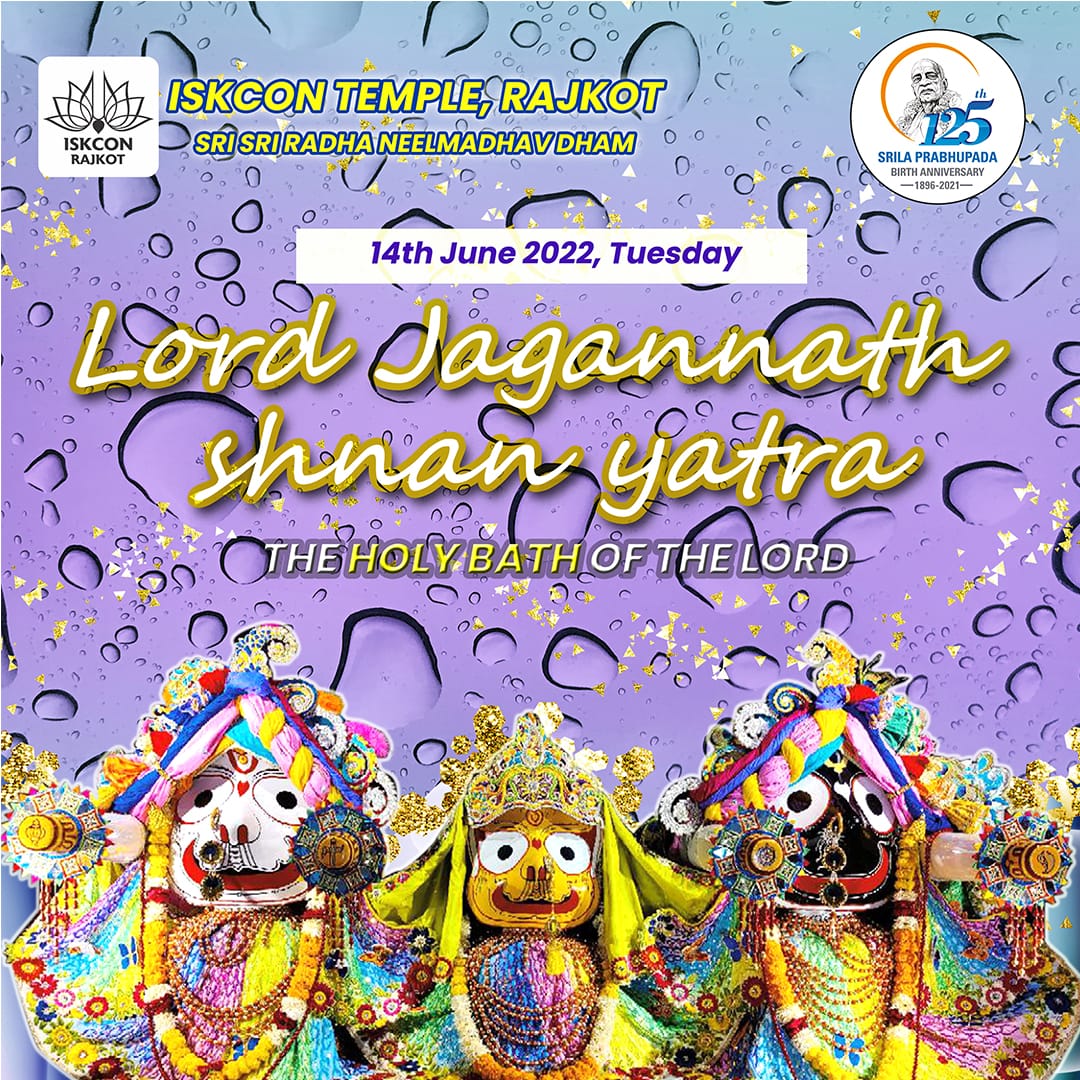 On this full-moon day, sixteen days before Ratha- yatra, Lord Jagannatha is bathed. He becomes sick and is confined to rest for fourteen days. He is then offered special care until He comes out for Ratha-yatra.

A special bath of Jagannath takes place on the Purnima of Jyestha month (Devasnan Purnima), to commemorate the appearance day of Lord Jagannath.

According to Skanda Purana when Raja Indradyumna installed the wooden deities he arranged this bathing ceremony. This day considered to be the birth-day of Lord jagannath. Held in the full-moon day of the month of Jyestha this festival is also simultaneously held in all other important Puri, it attracts thousands of visitors and pilgrims from all over the country.